Galaxy Round – The new world of Curved Smart Phones

Samsung recently introduced the new Galaxy Round on sale in South Korea exclusively for a little more than $1000. The Galaxy Round is the first curved smart phone to be sold and recent press leaks such as http://www.contractphoneswithfreegifts.com/lg-g-flex-curved-smartphone-press-photos-leak/ shows that LG too has a curved smart phone in the pipeline.

Curved smart phones show little improvement in terms of functionality. There are a few functions such as Samsung’s Round Interaction which can be achieved due to the change in physical form and the curvature of the phone. LG’s phone is curved another way completely and it will be interesting to note what novel features, if any, there will be when these phone may hit the market.

Are Curved Smart phones going to be successful though? Current market trends show that Samsung’s Galaxy S4 is doing quite well and so are other flat screen based smart phones. The new curved idea could simply be a gimmick to entice a few customers. Apple, being traditionally secretive, has not responded to the current trend of canny showcase of products that are being developed by both Samsung and LG.

Features wise, the Galaxy Round is very similar to the Note 3. It has a super flexible AMOLED capacitative touch screen with a 5.7 inch display size. The only notable difference in the curvature and the new Round Interaction which allows one to access information such as remaining battery life, missed call alerts. The phone is to be titled on a flat screen with the screen shit. There are also improvements in the transition aesthetics and a few tilt and tap based interactions. Technical specs of the new curved smart phone are impressive but similar to the Note 3 with no real improvements. The apparent improvement is only aesthetic with a couple of quirky functions thrown in.

It will be interesting to see how the market reacts to such a phone. The competition is only from LG’s new G Flex, the new curved phone that recent leaks have revealed, however the leaks do not have any information regarding the technical side of the phone hence it is not possible to see how the phone matches up to the Galaxy Round. What may happen is that both products may become niche products with an audience attracted towards the curvy element or that they may become flagship models which take the place of the S4 or the iPhone 5. What may also happen is that these apparent improvement may simply fall flat on their faces with the market failing to toss it up the profitable bandwagon.

Whatever may happen, experimental development is rife in the smart phone markets and it is exciting to see so many new technologies being unveiled from time to time. The pace of improvement is frenetic and so are the improvements themselves. The curved idea itself is not new with sci-fi addicts already being familiar with the concept for a long time but it was never actually marketed. The Galaxy Round is the first instance of this happening.

Paul is a tech columnist who has the latest information through the grapevine about tech gossip. He follows all manufacturers to be aware of the latest improvements in their products and to know the latest strategies that they adopt. He frequently posts about new tech happenings such as recent press leaks regarding LG’s curved smart phones.

What Can SEO Do For Your Business? 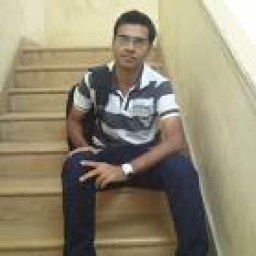